Inside a classic building with a colorful facade, of great architectural richness, we rented a house, renovated, which is offered, fully furnished, with a unique appeal as it has a beautiful patio with terrace furniture, being located on the ground floor.

It is distributed in: dining room coupled in two well differentiated areas. From this living room anyone can get to different rooms of the property: master bedroom with two windows, very practical, with a large mobile wardrobe. Youth bedroom also with window to patio and with mobile wardrobe. The bathroom stands out for its comfortable shower, you can also see a window. The kitchen is offered furnished and equipped with electrical appliances, from the kitchen you can access the patio, a respite area, currently becoming a privileged room, and it is also decorated and furnished with teak wood.

Regarding the qualities, say: wooden floors except in the bathroom, youth bedroom, and patio; aluminum windows with double glazing and bars (all rooms have a window); plain paint; ceilings with halogen lights; solid wood doors lacquered in white (the one in the bedrooms with opaque glass).

The Pacific neighborhood belongs to the Retiro district of Madrid, Spain, being administratively the 31st neighborhood of the city.

It occupies the entire southern façade of the Retiro district, being the area with the highest population density and young population in the entire district. Currently it is divided into two administrative areas: the eastern area, called Adelfas, and the western area, which has retained the historical name of the neighborhood. It is an upper-middle class neighborhood with an architecture and network of streets typical of the Ensanche in Madrid.

Administratively it borders the neighborhoods of Jerónimos to the northwest, Niño Jesús to the north, Estrella to the northeast, Adelfas to the east.

It is delimited by the Paseo de la Infanta Isabel, the Paseo de la Reina Cristina, the Plaza de Mariano de Cavia, the Avenida del Mediterráneo, the Plaza del Conde de Casal, the Calle del Doctor Esquerdo, the Calle de Pedro Bosch and the roads of the train that converge at Atocha Station. Although historically the Pacific neighborhood has had much broader limits, encompassing the space located between Atocha and the Puente de Vallecas and between Avenida del Mediterráneo and Calle de Méndez Álvaro.

The neighborhood arises and is constituted along the Avenida Ciudad de Barcelona. The most notable in the history of the Pacific neighborhood are “the barracks” (currently the Daoiz y Velarde Sports Center) where the Municipal Sports Games of basketball in the Retiro district and other sports activities are organized) that were used during the civil war, converting the area in a hot spot in Madrid.

The Pacific neighborhood is our first approach to the Retiro district. It is a neighborhood that somehow prolongs the surroundings of the Atocha Station to the southeast. The neighborhood is structured around two main roads that run through it from northwest to southeast: the Paseo de la Reina Cristina and the Avenida de la Ciudad de Barcelona. To counteract these two routes, two others cross in a north-south direction, Avenida de Menéndez Pelayo and Calle del Doctor Esquerdo.

It is interesting that they schedule a view of this house, they will not be disappointed, since it is located in an unbeatable environment, perfectly communicated, with all the services around and with the advantage of having the lung of Madrid (El Retiro Park) at a short distance. 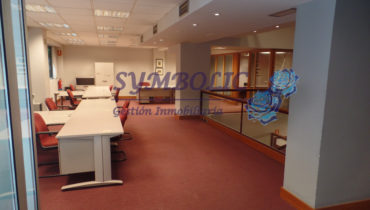