Within the prestigious Chamberí neighborhood, in Madrid, we are marketing a commercial premises, a street door, adapted as an office, distributed over 3 floors plus a mezzanine.

In relation to the exterior façade, a linear length of 14.71 m can be seen, most of this measurement is a showcase. Oriented to the South, this premises is accessed by means of an electric lock that gives way to two direct entry doors with security locks.

Once inside, you can see a large office that mixes open and compartmentalized spaces that are distributed as follows:

GROUND FLOOR: previous entrance with a fourth forklift, a large commercial area, an office and a staircase leading up to the mezzanine and down to the basement.

ENTREPLANTA: open-plan commercial area, office, rack room and staircase leading up to the first floor and from ground floor to ground floor.

As for the qualities you can see: carpet floors in perfect condition, smooth paint, false plaster ceiling, solid oak doors, duct heating and air conditioning, hot water through electric boiler, office with furniture, sink , dishwasher, spaces to install fridge and microwave and dining room daily. The exterior carpentry is made of aluminum with a soundproofing chamber and the lighting varies according to the area: fluorescent, halogen and ceiling lampshades. Suppliers do not need to enter the office since they can unload through the external forklift that communicates with the file-warehouse of the basement.

Lastly, comment that the office is fully furnished, although it could also be rented with or without part of the furniture.

For those companies that need a large office, or want to work comfortably, with easy location, do not miss the opportunity to visit this property, it will fit you perfectly, by state, distribution, conservation and location.

Chamberí is a district belonging to the city of Madrid and administratively organized in six neighborhoods (Gaztambide, Arapiles, Trafalgar, Almagro, Ríos Rosas and Vallehermoso). It is part of the so-called central almond of the city, it has a population close to 150,000 inhabitants

The first sector to be fully urbanized is part of the Almagro neighborhood, in the southeast, also known as the Madrid Golden Triangle. This is the area included between Génova street, Paseo de la Castellana and the axis formed by Almagro and Miguel Ángel streets. In this sector, a large part of the Spanish aristocracy established their residence in the late XIX and early XX centuries. Currently it is a very marked administrative neighborhood, which houses buildings that are still occupied or have been converted for other uses, such as the luxurious Hotel Santo Mauro. The road network is made up of a series of streets parallel to Genoa street, crossed perpendicularly by two others. Approximately in the center of its hypotenuse is the Plaza de Rubén Darío, where Almagro ends and Miguel Ángel begins, which is crossed by the only promenade in the sector: Eduardo Dato (former Cisne promenade), with direction E-O.

On the other hand, there are many landscaped squares (Olavide, Deputy Mayor Pérez-Pillado, Conde del Valle de Súchil, etc.) to which we must add some recovered areas such as a park in front of the Basilica of the Holy Christ of Victory, in the Galileo Cultural Center or in part of the site of the old Pious Schools on Gaztambide street.

Most of the district’s road is fully wooded, on both sidewalks when the width of the street permits. The streets of Santa Engracia and General Álvarez de Castro, which maintain the double row of trees, and the widening of the section of Calle de Fuencarral between the roundabouts of Quevedo and Bibao are especially interesting. The main species that appear are: prunes, hibiscus, acacia, horse chestnut, hackberry and plane trees. The population of mulberry trees in the Parque Móvil and the centuries-old cedars of the various facilities of Canal de Isabel II are also superbly preserved.

The district continues to be characterized as residential, which is why it has maintained a large part of traditional commerce. In addition, numerous companies have their headquarters in this neighborhood, being very comfortable and having all the services.

As for communication, it is perfectly communicated, both by road (easy access to Paseo de la Castellana to communicate, from there, with the main roads) and by means of transport public (metro: Rubén Darío line 5) buses (lines 5, 7, 16, 40, 61 and 147). 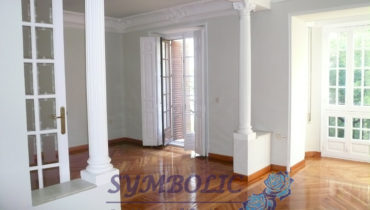 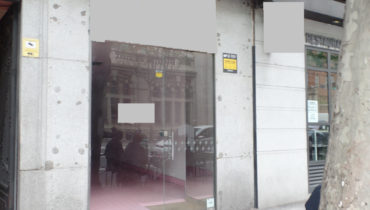