We have the opportunity to rent a commercial premises, within the Chamartín district, in the Azca neighborhood, which has 10.84 m of linear facade, to the street, with a spectacular showcase.
It consists of 3 floors, with a total useful area of ??319 m².

The street plant is the most commercial: it is distributed in a wide reception, delimited by aluminum screens with crystals, which separates it from the other areas.
Within the same floor there are also three offices and the access stairs to the basement. One of the offices is exterior, with windows to the street and the other two are interior. On this floor are the access stairs to the first basement floor.

In this basement we have a large open-plan commercial area, a closed office, a warehouse and 3 toilets (gentlemen, ladies and disabled people). There is also the staircase that allows us to go down to the second basement floor.

In the second basement we find 2 large open areas.

In relation to the qualities we appreciate that the street floor contains: stoneware floors, gotelet paint, heating and air conditioning by heat pump (hot and cold air). Aluminum screens in offices with solid wood door. Light through fluorescent panels, false ceiling and Venetian blinds in the windows of some offices.

The qualities, in the 1st basement, are: terrazzo floors and paint in smooth or gotelet, fluorescent light. In tiled and tiled toilets in stoneware, false ceiling light type led and halogen. In addition both the men’s and women’s toilet has a mirror on the wall.

In the 2nd basement floor you can see: gotelet paint, cement floors and fluorescent light.

This commercial premises is located next to the Azca complex, in the north of the city, in its economic-financial heart, between Paseo de la Castellana and Orense streets, Raimundo Fernández Villaverde and General Perón. Finished executing in the 90s.

In this complex, some of the main skyscrapers of the city stand out (with the permission of those built in the Cuatro Torres Business Area business park in Chamartín) such as the Picasso Tower, the Europa Tower or Castellana 81 (formerly BBVA Tower). In addition to skyscrapers, it also has different lower levels, a maze of passages that thousands of people pass through.

When it comes to eating or having a coffee or snack, the area offers a wide range of restaurants and cafes with different styles and special menus at noon at affordable prices. In addition, it has an interesting proposal of shopping centers, with numerous stores and establishments of all kinds.

It is a financial and business district of Madrid (Spain). It is a rectangular super block of 19 hectares
1800 neighbors live in the block, it hosts about 27,000 workers and every day about 100,000 people travel. The AZCA apple has a practically rectangular shape, with dimensions of approximately 618 x 305 meters and an area of ??almost 19 hectares.

Between 2014 and 2016, the Azca Master Plan was launched by the Madrid City Council, where AZCA will have giant screens, fewer bars and more pedestrian space. The pavement was replaced by concrete slabs combined in different colors and the planters were removed. , while the larger trees retained their positions. Once approved, the works for the reform of the squares began: first the square of Pablo Picasso and later the squares of Carlos Trías Bertrán and Manuel Gómez Moreno. At the end of 2017, remodeling work began on the surroundings of the Castellana 77 building, known as Avenida de la Vaguada.

Between 2016 and 2017, three buildings were fully rehabilitated, adding 100,000 m² of high-grade offices. This is the largest reform of the last thirty years in Madrid. Since 2014, with the beginning of the new economic cycle, reforms of almost 70,000 square meters of offices in the area have been launched, which, together with the Titania Tower, give 86,000 square meters of modern stock. Zara opened in April 2017 its largest store in Spain occupying 5000 m² in Castellana 79, building designed by Rafael de La-Hoz Castanys.

We are currently facing projects such as the creation of a large pedestrian green space north of AZCA, called “Salón Norte de Tetuán”, and the connection with very close areas, such as the Santiago Bernabéu stadium – which is being renovated without increasing its buildable, although Yes, it may include a roof – and the Congress Palace – with various projects that have not been set, such as building a skyscraper or a hotel. 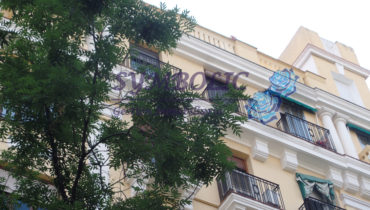 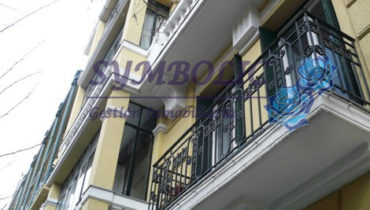